Added to cart:
pcs.
$
Continue shopping
Make order
Total 0 items
, 0.00 $
You need to register
To evaluate the usefulness of products and reviews, add items to your collection of Favorites - please, sign up or sign in

pressed in 2018 From that Moychay site listing information it’s sold out now, no longer available. Too

bad; it was exceptional tea. At least the tea versions seem to be replaced by similar ones over time. 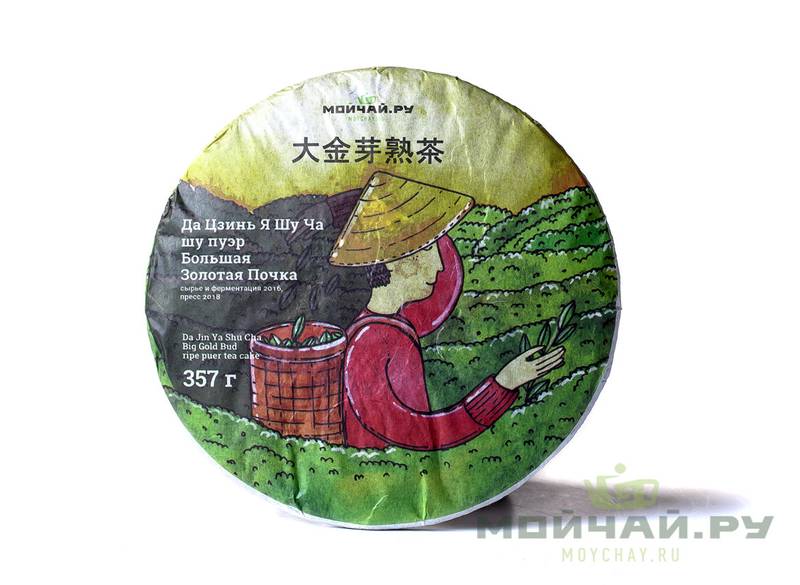 The first infusion is rich, creamy, full-flavored and delicious, already an exceptional version of shu even

though it’s hardly started brewing. It’s hard to place on a scale because shu being better than this must

still be possible but it tends not to come up often. An early start on breaking down a description to a

flavor list: the creaminess pairs with a sweetness, not completely unlike the flavor in Guiness Stout, a

variation of porter beer. The earthier range isn’t completely unlike that found in Guiness but the

comparison only goes so far; it’s different. That related / shared aspect is similar to a taste range found

in coffee, closest to a lighter roast version. Beyond that warm, earthy flavors span quite a range: dark

wood, tree bark (a clean version of it, integrated with the rest), extending onto aromatic spice range. It

will work better to unpack that spice range over the next couple of infusions, and tease out if the

sweetness resembles dark toffee most or something else. 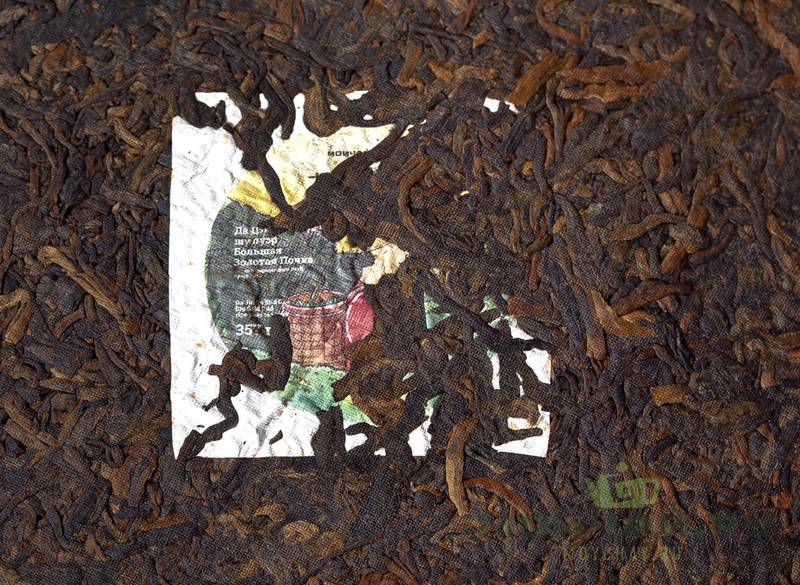 It would be possible to drink this tea brewed quite strong, infused for 20 or more seconds prepared at a

standard Gongfu infusion proportion, with a gaiwan only a quarter filled initially (or a third with plenty

of empty space related to how the separated compressed leaf parts position), filled to two-thirds full

after leaves are wetted. It’s not best to drink it brewed strong, per my own preference. It works well

light, even very light, and to me best at a moderate strength, infused for just under 10 seconds at a

normal proportion. This lets the flavor stand out even more than a stronger (longer brewed) infusion

would, even though it’s counterintuitive that being lighter makes flavors more easily noticeable.

In the next round cocoa really stands out. It should have been listed on that first round too, it would

seem, but in this infusion it’s too dominant to miss. It’s not exactly as much like dark chocolate as some

teas can approximate, closer to the more earthy / slightly less rich flavor of processed cocoa, of a cooked

and dried version. It is quite sweet though, and also rich and creamy, so in that aspect range not so far

off dark chocolate, in comparison to how milk chocolate comes across. A hint of aromatic spice

underlies that too. It might be easier to identify if it transitions to be stronger, and my own scent-

memory for aromatic incense spices is limited (identifying sandalwood versus frankincense or myrrh),

but I’ll go ahead and guess that it’s closest to sandalwood. 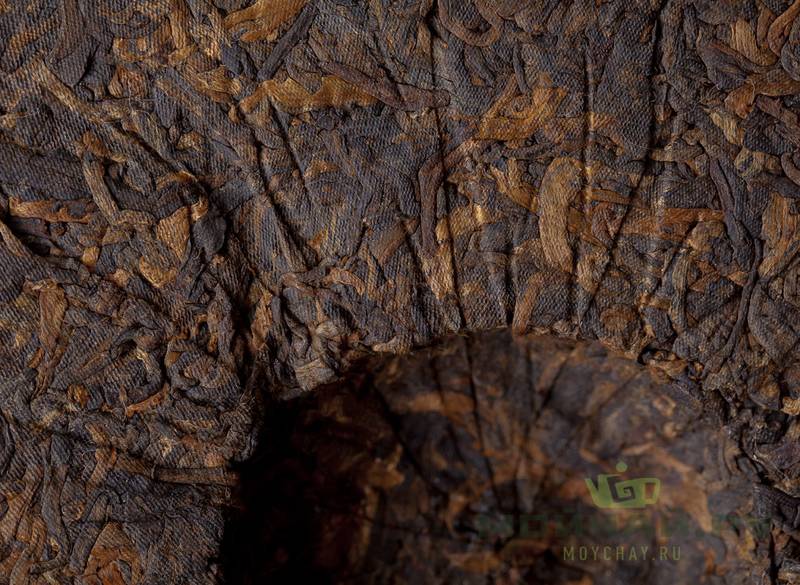 flaws are; how could it be better? The aftertaste could trail a little stronger, although that part is

pronounced. The feel is already full and creamy, but I guess the structure, the way that feel comes

across, varies so much that it could be different in a positive way. Not much better though; this works

really well on those levels, and shu tends to feel full and creamy but not usually as “structured” as some

other tea types. Same for flavor: the complexity is good, the range expressed is positive and novel, it all

balances together really well. The main room for improvement that stands out could be a preference

for different range, for someone not liking shu, or disliking the dominant cocoa aspect. That would

The next round is similar but the flavor profile did evolve. It picked up more complexity, and the soft

sweetness folded in a bit more light earth, a short step away from cocoa and spice, back towards the

out more as a foundation for the rest, just a faint hint of the slate-mineral that is a dominant flavor in Liu

Bao (a type of hei cha, or dark tea), although in this shu version it is just a supporting aspect.

That works an answer for how this could have been improved; transitioning to include more flavor

aspect range that works well into the balance, as just occurred. It might be nice if it tasted even more

like cacao, to me, if that one particular sweet richness in the nibs (roasted / fermented bean fragments)

or in bean-to-bar dark chocolate came across more, versus the drier, earthier flavor of processed cocoa.

Or more fruit would be nice; there’s probably a hint in this I haven’t described, overlooked to focus on

the other dominant aspects, maybe in the range of dried dark cherry. Or that flavor could be in

between fresh dark cherry and a dried version.

It doesn’t transition much on the next round. Shu doesn’t express changes to the same extent some

sheng does, and this may well stay about the same for a few rounds before lengthening infusions slightly

after the 6th or 7th alters the aspect balance. It might sound like a lot going on given the length of that

to flavor, light aromatic spice, underlying slate mineral, and dark cherry. It comes across as simple

though, since it all integrates as a related complex set, as well-balanced and easy to drink.

That simplicity and approachable nature might be what some would see as a flaw; that it’s not quite

resembling liqueur or perfume; this isn’t like that. Adding just a touch of tar to this profile might

counter the rest in a novel and pleasant way. Or ramping up feel-structure, but it’s asking a lot for a shu

to not just be smooth and rich, complex in feel structure in addition to just being full in feel. This is how

good shu versions generally are related to the mouthfeel aspect, maybe just a little creamier, or with a

hint of resinous texture in some versions.

Aging this tea for years would probably fade that flavor intensity to some extent, and cause it to gain

more subtle smoothness and richness related to the feel complexity. It might not change much; this tea

is great as it is. After another year it might round off flavors just a touch and pick up just a trace of that

feel complexity, and that could be enough aging transition. It’s definitely not “off” in any sense now, not

The next infusion is the same, perhaps thinning a little. Ramping up infusion strength would

compensate for that, and keeping the water hot (full boiling point) would draw out as much earthy

aspect range and feel structure as the tea potential allows for.

All in all it makes for a very nice tea experience. Shu version aspects sometime vary across a narrower

range than some other tea types but this one was novel and very pleasant. 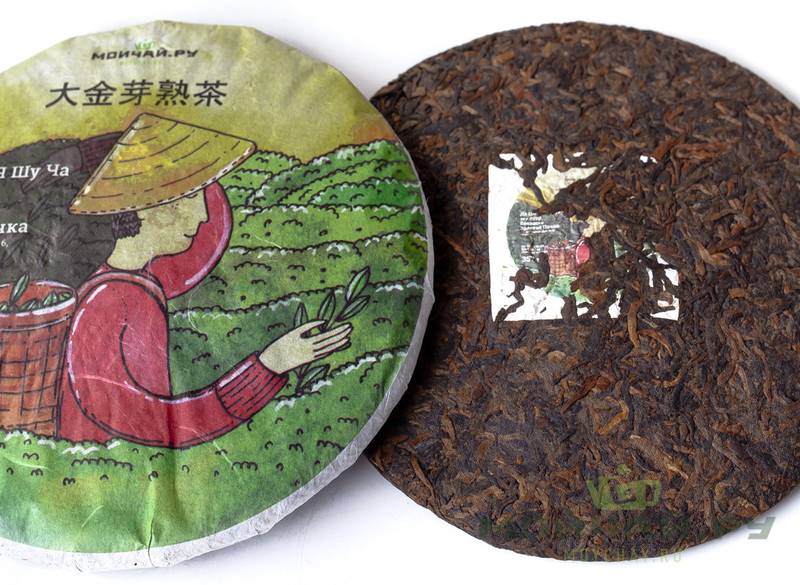