The website product description works for a starting point:

…The fragrance is mature, woody with dry fruits' accent. The liquor is transparent, with meadow

Woody with berry, spicy and balmy resins notes. The fragrance is complex and soothing, fruity…

So this is 15 years old, or so, a type of oolong that isn’t described in detail related to processing style or

specific origin. It will be possible to “work back” to guess about the original aspects and type but it’s

really the present-time character that matters most. 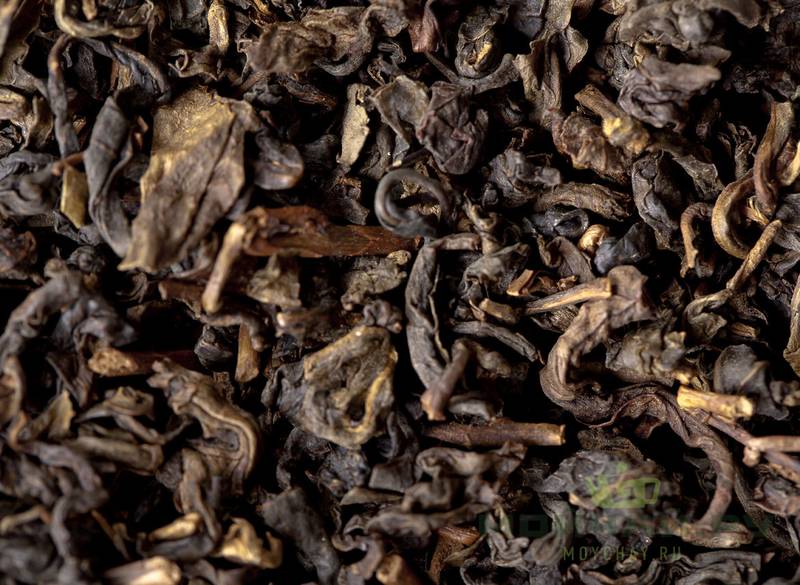 The initial flavor does match the review description (woody with berry, spicy and balmy resins notes; to

the extent that “balmy resins notes” is clear). This is the drawback of reading the review description

first: it suggests an interpretation, and leads towards noticing that range, when other flavors or aspects

might be evident as well. Often there could be equally valid descriptions of the same experience. For

the most objective review possible tasting a tea without prior input is probably better, but for drinking a

tea for enjoyment it just depends on preference. I typically “blind-taste” teas for review but for a type

that’s unusual I may want to know more about what it is and check on that, and seeing a description

The first round is a little light, still opening up, but the flavor is intense and distinctive already. One

might expect plum from an aged oolong and that’s also a valid interpretation, one that wasn’t listed in

the product description. The complexity is nice, and that flavor profile works, but the depth of the feel

is also interesting. It doesn’t have the same sort of feel structure a young sheng might have but does

resemble the softer and more complex range those teas can evolve into with age. The feel effect is

present along the sides of the mouth, roof, and tongue, and it seems to tie together with a complex

aftertaste that follows from the berry, spice, and resin range.

The description “resinous” is sometimes used related to buds-based Chinese black teas, in particular to

aspects common to some Yunnan golden needle versions, which isn’t completely separate from the

different in those two teas, but to some degree typical feel aspect can overlap a little. The feel can be

thick in an unusual way, structured, more about coating and impacting your mouth as novel form of

texture than just the usual tightening and fullness. That feel can seem to link with a particular flavor, to

a pine-tree-sap sort of range. 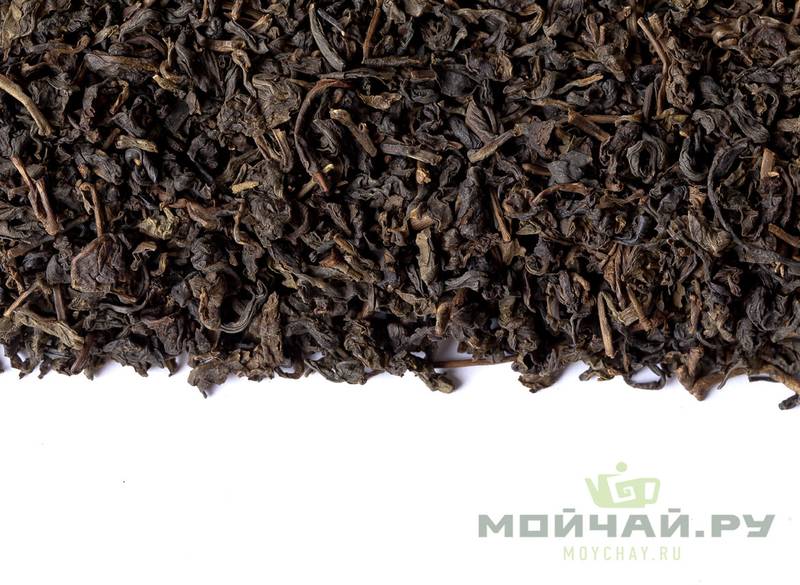 Intensity and complexity picks up a little in the second round, but otherwise the range is about the

same. Woodiness stands out more, a very aromatic, aged wood impression, bordering on or trailing into

warm and complex incense spice range. The flavors are very clean for a tea showing this much age

transition (on the order of 15 years old, but the actual production date wasn’t specified).

It leads to contemplating how the tea started out; what style was it? It seems to have been a mid-level

oxidized oolong version, along the lines of typical Dong Ding style, just not tightly rolled into pellets as is

common in modern versions. It’s harder to guess at the level of roast since that’s said to be a factor that

transitions quite a bit in effect with aging, and it does seem to drop out over much shorter spans in teas

working from how related teas are typically made, but that would require a lot of background to apply

with any degree of probability, and more information about this particular tea. Local production styles

would need to be familiar, and more about the specific producer source would be helpful. Only the final

form of the aged tea is experienced anyway, so all of that line of thinking is a bit academic (abstract in

On the next infusion the aromatic wood drops back and berry and spice pick up. It seems likely that

with very slight changes in infusion time and intensity that balance of aspects would shift. Brewing it

stronger, as one might a soft and sweet black tea, or might prefer a light rolled oolong, the warmer,

more aromatic aspects (the wood) would stand out more, and feel would ramp up. Brewed more lightly

sweeter and finer aspects would be more pronounced, which is more how this was prepared. That

relates to a difference between infusing the tea for 5 seconds versus 10; not a lot of variation in

preparation approach. It would work well across that range, as a preliminary judgement; testing out

that it does change in that way would require preparing it in those different ways.

There are no negative aspects to “brew around;” it’s nice not having that as a factor. It would be

and 15 second infusion time instead. It goes without saying that ideal timing is a function of proportion

in addition to infusion strength preference, and other factors (temperature, even mineral content in the 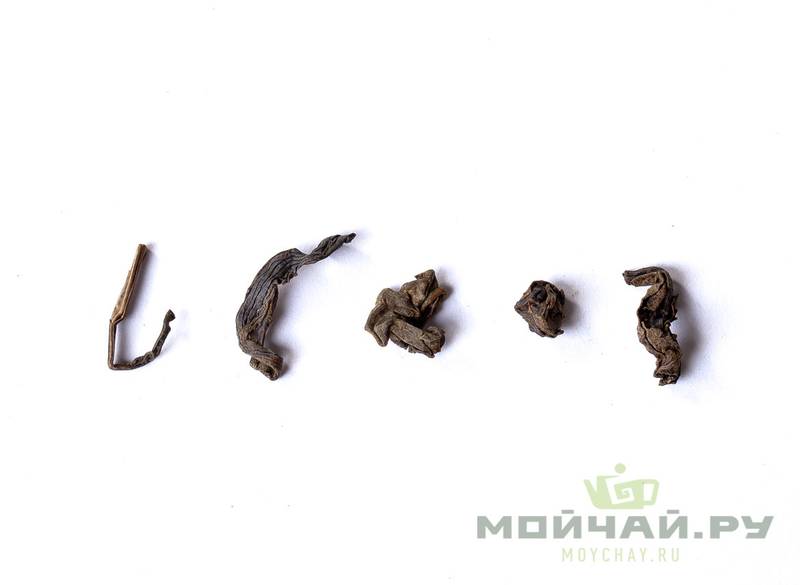 The tea hasn’t transitioned during the next round; it might just not change much. That is an interesting

effect but it matters more when the initial aspects aren’t as positive, when a tea really could improve by

changing a bit. The balance is nice in this tea, the way that dried berry, spice, plum, and wood come

together, and unique feel supports that. Without that starting point to affect interpretation (reading a

vendor description) I would probably interpret this more in a spice range; the fruit is a bit subtle. It

could be interpreted as roasted yam instead, a richer, earthier kind of sweetness. I’ll test that theory

about infusion time by letting this round run for around 15 seconds, longer than I would consider

optimum, at a guess, at least at this proportion and related to my own preferences.

It’s hard to separate the effect of extending timing from a limited degree of transition. A range like a

roasted yam is ramping up, with a medium level of caramel sweetness. The aromatic wood and spice

tones are still present but softening, with the “woodiness” fading to include more of the aromatic

aspect, moving from a well-aged dark wood to the closer-to-spice tone of cedar or redwood. Feel

structure is thinning out a little, maybe, but it’s still full, still present as a resinous aspect.

Complexity might be falling off a little, versus other types of transitions, but this tea seems to have a

good number of rounds left in it, since I’ve really not extended infusion time to maintain intensity yet.

Aromatic wood tone picks up incrementally with the rest still present. The tea should probably continue

All in all it was a pleasant tea and a unique experience, related to aged oolongs like this one being rare.

It is possible for aging to throw off tea aspects, for a mustiness to creep in, or sourness, or fading of

intensity, if storage conditions are unfavorable in some way. This tea version suffered from none of

that; the aspects were clean, positive, intense, and pleasant. The general character seemed refined,

representing it as a high quality tea.

to reflect supply and demand balance for such teas (that few of them exist), more so than aspects

quality to price per gram, more how market price is established for teas in more plentiful supply. As an

versions are available every year, limiting even the highly sought-after higher end versions pricing to

around that general range.

The supply of aged oolongs is reduced every year, as the ones already in existence are sold. Aged sheng

is available. A lot of very good-quality pu’er options turn up for less than the $1 / gram range, some

year old properly-stored well-known versions, and pricing escalates along with that reduced supply. For

summary form here) the newer versions are priced at whatever the market will bear, and older versions

might be sold at auction-bidding prices, whatever someone will pay on that day.

Good versions of aged oolongs are like that; there aren’t alternative sources to set up a more typical

market rate. It was great to try such a tea like that in this example, a high-quality, pleasant, novel