This is an unfamiliar style of oolong, which makes for an interesting theme. It’s from Chaozhou, better

known for Dan Cong oolong, but it’s not identified as being that, or even related to it. As a twisted-style

oolong it appears similar but appearance alone doesn’t account for much related to tea. The listing

description fills in some details: 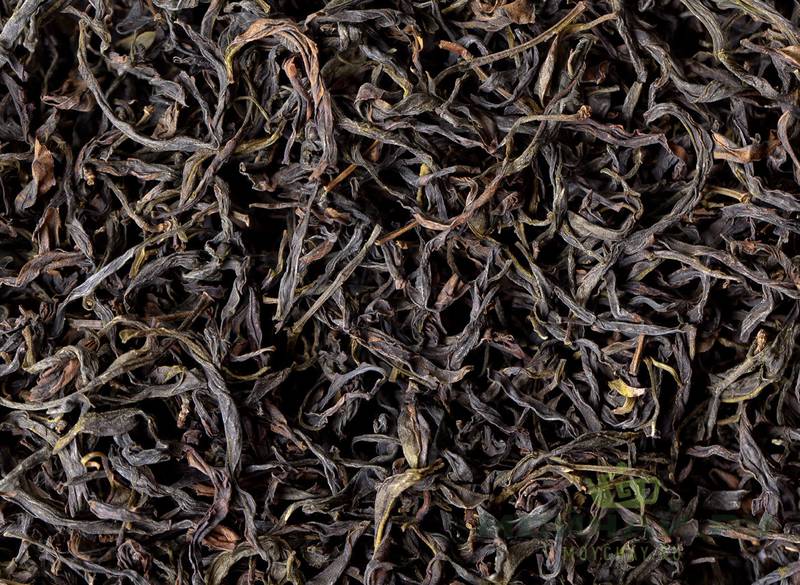 In appearance: medium-sized, thin burgundy-brown and olive-green flagella of twisted tea leaves. The

fragrance is intensive, floral-herbaceous. The liquor is transparent, with yellowish hue.

Bouquet of ready-made teas, spicy and berry notes. The fragrance is high, floral-herbaceous. The taste

is full-bodied and sappy, with light woody tartness, berry and sourness…

Some of that matches Dan Cong and some doesn’t. Those can be floral or fruity, and the appearance

isn’t too far off, but they’re typically not tart or herbaceous (which probably matches what some people

refer to as “vegetal”). Berry isn’t a common flavor for Dan Cong; roasted or fresh peach comes up in Mi

Lan Xiang versions (one type), and from there many are floral instead, or Xing Ren includes an almond

aspect. Tasting review will sort out character and aspect details.

The first infusion comes across a bit creamy and buttery, both as a feel and a taste aspect. This is an

for that one aspect, but this is different. With those a medium amount of sweetness and some floral

tone would support that, and this flavor range beyond that is rich and complex but at the same time

subtle. Maybe a mild floral tone is part of it but an aspect range towards sweet corn is also evident.

Some Tie Guan Yin typically express that, probably more in Chinese versions I’ve had than from

elsewhere, with the best versions of those more intensely floral instead. This works for the balance it

strikes, the way those aspect ranges come together. It will be interesting to see how it evolves from the

first round though, which aspects pick up.

On the next round mineral picks up; that’s the main difference. It still has a good bit of creaminess in

feel that is paired with an actual taste of butter or cream, and a floral flavor undertone, along with some

sweet-corn flavor, joined now by both mineral and wood-tone. The wood is close to fresh-cut pine in

flavor; it smells / tastes like a new two by four, like building lumber. That mix may not be a match for

many people’s optimum tea preference but it does work; the balance is pleasant and interesting. A tea

being well-made, clean in effect, and balanced, helps different combinations of flavors and character

Per a different interpretation some of the way that sweet-corn, mild floral, and pine-wood integrate

together could come across as berry-like. It could sound odd, that the flavor ranges aren’t similar, but

black-berry contains a mineral and vegetal undertone that goes along with a more conventional warm,

rich main fruit flavor, potentially matching up with the mineral, floral (kind of), and fresh-wood tone. Or

elderberry does too, even lighter on that sweet fruit range and more towards an inky mineral aspect, as

part of a set of complex flavors.

Warmth picks up on the next infusion (third). The sweet corn flavor has faded, and type of wood in the

wood aspect shifted, with a warm floral range picking up. It can be hard to identify unfamiliar floral

aspect range; maybe sunflower? A light floral tone picks up a little too, closer to orchid, but the overall

main flavor range is warmer and complex now. It might work to interpret that light floral tone as a

touch of citrus, something along the lines of mandarin orange zest (outer peel). It’s better this round,

per my preference, but it wasn’t bad before, just different. 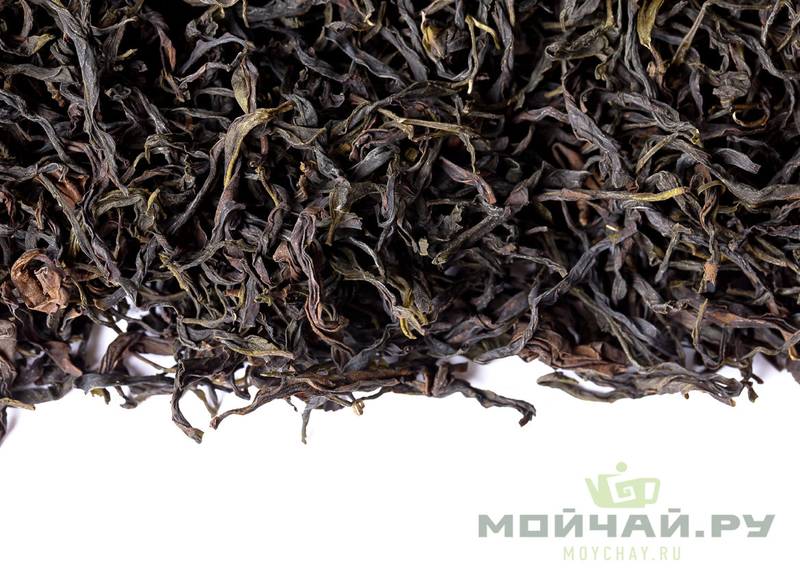 There is less transition on the fourth round, but a touch of spice does seem to join in. To be clear the

flavor character is still a bit vegetal overall, with limited input from a fresh-hardwood lumber range,

floral tone (now drawn even with other flavor aspects, or maybe slightly more pronounced than the

others, emerging as the dominant flavor), and now-diminished creaminess. A supporting aspect could

be interpreted as berry, probably closest to elderberry, with the mineral layer matching that part of that

berry tone, and the fruitier aspect closer to other range, not far off a complex floral tone.

The feel isn’t thin, just not thick, and the aftertaste range is moderate. A trace of astringency is present,

comparable to the range found in Dan Cong, seemingly tied to the vegetal aspect range. But the tea is

mostly soft and rich, not unlike how Tie Guan Yin might come across, just quite different in overall

aspect set. It’s novel, not like other oolongs I’ve tried. Dialing up the floral range and sweetness it

would be closer to a Dan Cong, but as it stands it’s sort of in between those and a Tie Kuan Yin for

It's similar on the fifth infusion. It will probably brew a couple of more consistently prior to requiring

longer infusion times to draw out the same degree of flavor, which usually changes things a little.

The tea is pleasant. It’s unusual for being unique in style but positive for what it is, an atypical type, or

at least one that’s not as familiar as many others. A somewhat full feel (moderate as better oolongs go;

sweetness, and over-all balance all identify this as reasonably good quality tea. It would work well as a

substitute for light Tie Guan Yin, more interesting for being slightly different, and it’s above average in

quality as many versions of those go (depending on sourcing, and varying expectations).

It’s not quite as close related to being an alternative for or variation of Dan Cong, not the same in

character range, and not quite as sophisticated and intense as above average versions of those go. But

it’s not completely unrelated to those oolongs either, in regards to some shared aspects, and on-par

with medium quality versions for positive character. That’s higher praise than it might sound; being as

good as decent Dan Cong is no small accomplishment. Preference for teas shifts what is “best” by quite

a bit, and supply and demand issues move around standard market price points, but to many tea

enthusiasts who prefer oolongs Dan Cong stands out a personal favorite, worthy of the relatively high

cost of such teas.

It was nice trying a tea type that isn’t standard, not one of the better-known types. Related to that and

aspect range, along with overall quality and balance, this is a nice tea. 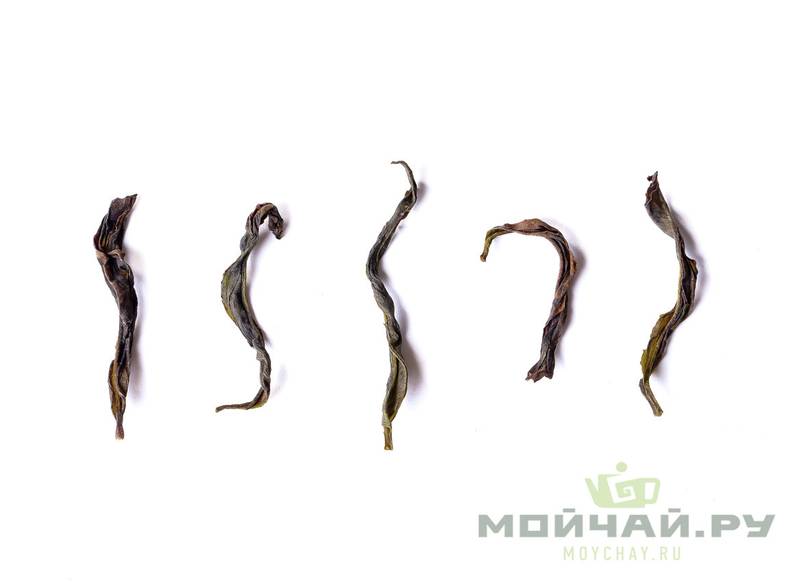