This seems to be a standard version of lighter-style Tie Guan Yin. The webpage description serves as an

introduction to the version, including a bit on aspects (an excerpt): 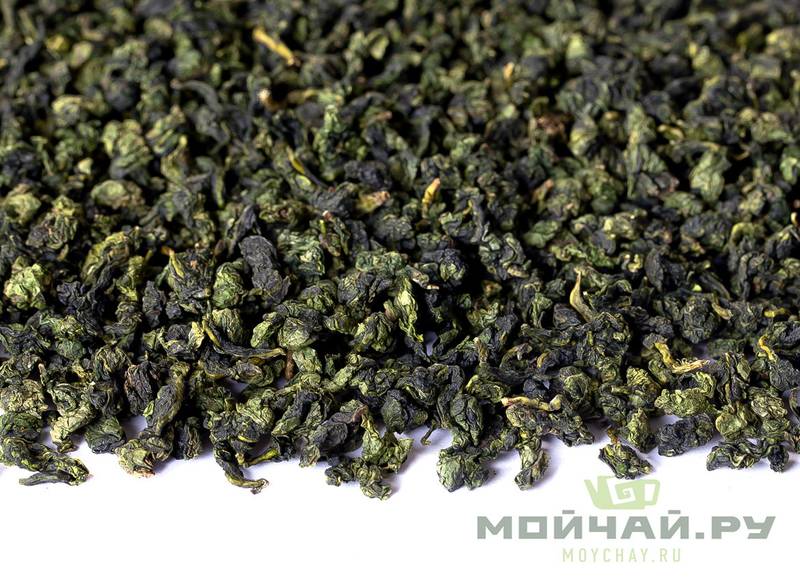 taste is full-bodied and rich, with a sweet berry finish.

The flavor is bright, sweet, and intense; this is the right range for light Tie Guan Yin. It’s mostly floral,

trailing into a hint of roasted sweet corn. The overall intensity and brightness is novel (typical of the

but those will probably develop even further across more infusions.

The flavor range is mostly floral, a bright version of one, a flower type that is difficult to pin down. It’s

sweet, but not as heavy as even orchids tend to be, which aren’t heavy in the sense that lavender or

roses are. Maybe like daisies, or some other wildflowers. That will be a limitation of this review, really

isolating which flower this tastes like. There should be more to add across later infusions as well, about

how the tea changes.

strength, to get astringency and bitterness to balance, but instead to keep the intensity at a nice level,

across better at a lower level. This went a little long (just not that much over 15 seconds), due to

messing around with water and other distractions, and that gives it an interesting thick feel and

increases mineral intensity and feel structure, but the bright flavor doesn’t shine through quite as well at

this more medium or slightly above optimum strength.

floral with a hint of sweet corn, but mineral is playing a larger role in this infusion. Sweetness is still

intense, and the tea is very clean in effect.

Better versions would swap out that bit of sweet corn for even more bright floral range. That would be

about it. This tea is good, well above average, but there is quality range beyond it, potential for it to be

better. There is only limited room for sweetness, clean effect, and mouth feel to ramp up; those aspects

are pronounced in this tea. Related to the tea potentially being thicker, it is thick in feel as most tea

versions go, but TGY can extend into an unusual level of fullness of feel, as high mountain Taiwanese

The next infusion was brewed fast, and it balances better that way, but still works well at both

intensities. The flavor and other aspects aren’t necessarily transitioning much. They will shift a little

across a whole cycle but it’s not the kind of tea that changes character as you continue to brew it. In

some other cases that sort of change relates to a tea balancing better at certain points, or “cleaning up”

in flavor range initially. It’s nice that Tie Kuan Yin versions tend to work well related to both across all

the infusions; they typically start out the infusion cycle very pleasant and continue to express a decent

balance of aspects and flavor range well into a long infusion count. This tea type just makes for a simple

experience, in that the main flavor profile is what you tend you get (in the sense it doesn’t change or

transition; it includes other aspect range to appreciate). 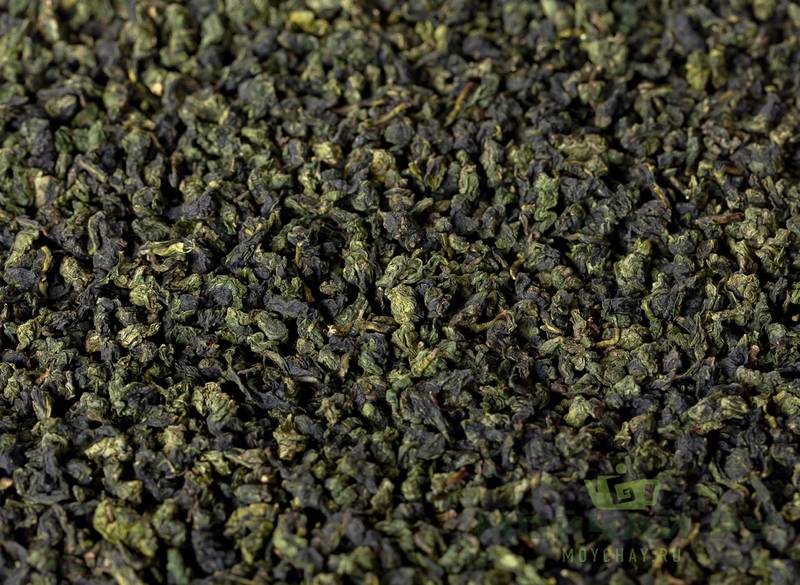 Brewing the tea at different temperatures would change things. Per one conventional take it would

related to how even a minor shift in temperature can affect aspects could be a factor. The webpage

brewing recommendation cites 85 C as the optimum temperature; that is a standard temperature-table

suggestion. Comparing brewing results at multiple temperatures would determine if there really is a

reason why using cooler water works better in this case (85 C instead of 90 or higher), but regardless of

outcome personal preference for aspects may cause any trial-based findings to still be a bit relative.

but also brewing process and how one drinks tea to change the final outcome. If someone is rushing to

brew tea with a fast breakfast that would compress the sequence of infusions, in effect raising the

temperature of water used, since the tea leaves and device wouldn’t have time to cool between rounds.

If someone was brewing tea for tasting review, or just enjoying a tea at a leisurely pace, then the extra

minutes between rounds could allow that to happen, for the wet leaves and device to cool more,

dropping the final temperature of the infused leaves.

On the next infusion it does shift a little; the aspects set that was there is picking up a trace of pine as

well. It’s a great match with the rest of the range. Experiencing a little variation was nice and this effect

is also a bit new to me, or at least noticing it in a TGY is new per what I remember of others (it’s not the

type I drink most of; at least in the last three years I’ve had more exposure to sheng pu’er, shu, black

This pine-aspect flavor note ties over to talking about terpenes in a different place, one of the main

aromatic compounds responsible for aromas in foods in general, and in teas.

The flavor and aroma of each tea depends on a wide variety of combinations of these compounds,

hence the name aroma complex. Compounds such as, linalool and linalool oxide are responsible for

sweetness; geraniol and phenylacetaldehyde are responsible for floral aromas; nerolidol,

benzaldehyde, methyl salicylate, and phenyl ethanol are responsible for fruity flavors; and trans-2-

The first, linalool, is actually a linear terpene.

I don’t use any drugs, or even drink much alcohol for that matter, but this general subject tied to

another reference related to that theme that came up, which mentions the specific link back to the main

There are more than 20,000 terpenes in existence and at least 100 produced by the Cannabis plant…

Pinene (pine): Pinene is the most common terpene in the world, and has anti-inflammatory

short-term memory loss from THC, improve airflow to your lungs, and promote alertness…

It’s a bit of a secondary tangent, but natural compounds in tea and other foods and herbs can have

beneficial effects (although not all claims made describing those are well-grounded), as described

further in that reference related to terpenes:

…terpenes have their own effects… including inhibiting serotonin uptake and enhancing

pleasure experiences), and augmenting GABA (the “downer” neurotransmitter associated with

Different people experience different sensitivity to the effects of tea, on mood, alertness, calmness, and

so on. Mapping these back to the contributions of related compounds is problematic but the general

experience is definitely grounded in an understanding of the complex range of compounds found in tea.

Back to the tea.

The next infusion is about the same. The texture may have shifted some over the last couple of rounds.

It seems a bit creamier; maybe more full too, but at least slightly different in effect. Still that one catchy

floral aspect stands out, even though the touch of sweet corn has mostly been replaced by a touch of

pine. Even many infusions in the aroma is still bright and intense.

aftertaste) this tea is nice, even if it does leave a little room for potential improvement. It’s what some

vendors would sell as the highest quality Tie Guan Yin available, even though it’s really only well above a

typical average, so not that.

The next infusion hasn’t changed much, but slightly longer infusion times will be required to draw out

the same intensity (so at least 15 seconds now, or longer depending on preference; still not long). The

andpleasant for that transition to include a touch of pine flavor aspect.

All in all it’s a pleasant version of Tie Guan Yin. 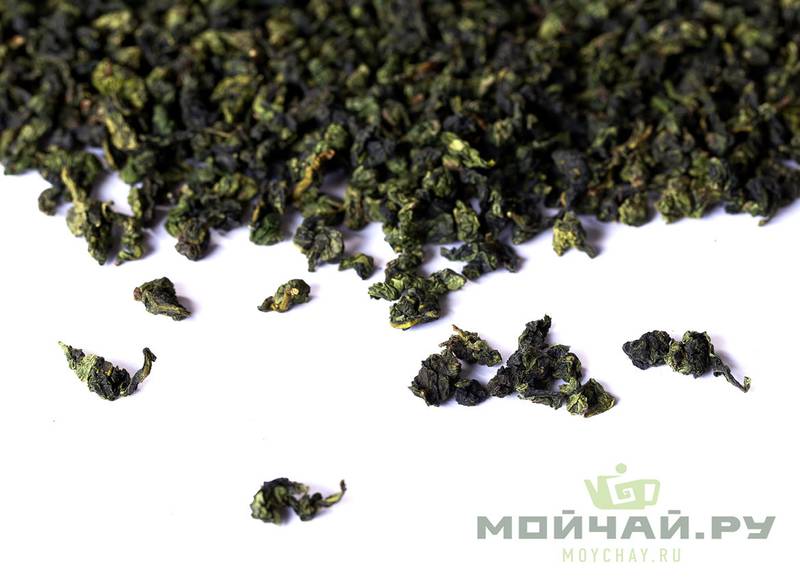