During the state monopoly on tea production in the middle of the twentieth century, the products of all the Yunnan tea factories were decorated with the hieroglyph "Cha" surrounded by a ring of eight hieroglyphs "Zhong", a red logo, named "Hong Yin" ("Red Seal"). In the 80’s tea factories gained independence but continued to produce limited "vintage" pancakes which are in demand among amateurs. "Tebing" ("Iron Disk") first appeared in 1950, when the Xiaguan Tea Factory was equipped with mechanical presses. The experimental batch of machine press teacakes was unsuccessful: because of their excessive density they were difficult to break. Then the press was modernized and the teacakes became more friable. However, over time, the teacakes of that first, experimental batch acquired an outstanding and consistent taste and aroma. Therefore, the tradition of strong pressed "Tebing" remained.

In appearance: 395 g teacake of strong density, for separation it is better to use a knife. The aroma is mature, balsamic. The infusion is transparent with reddish chestnut shade.

The bouquet of brewed tea is mature and complex, balsamic, with notes of autumn leaves, dried berries, wood resins, oak moss, wet earth and spicy herbs. The aroma is deep and viscous, multifaceted. The taste is rich and soft, slightly astringent, with sweetness of dried fruits, refreshing berry acidity and lingering finish.

Brew tea with hot water (95°C) in a gaiwan or a teapot made of porous clay. The proportion is 5 g per 100 ml. The time of the first steeping is about 10 seconds. After that do short steeps (just for 1-2 seconds), increasing steeping time for each subsequent step, if necessary. You can steep the tea up to 12 times.

«Red Seal Iron Disk» is an excellent example of aged Sheng for those who want to try a multifaceted and strong "Taste of the Time". 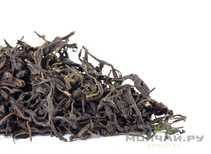 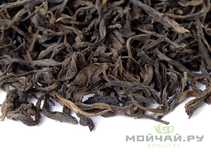 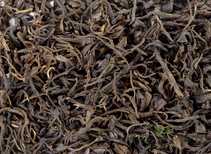 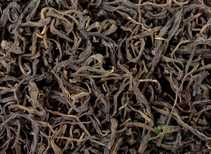 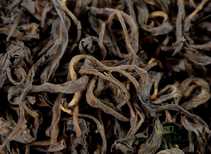 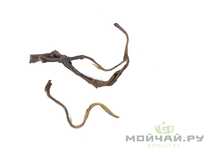 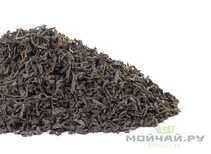 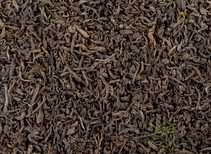 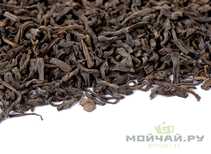 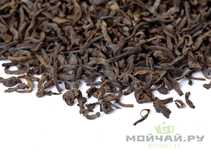 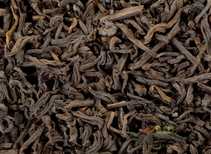