Cocoa beans are seeds contained in the fruit of the chocolate tree Theobroma cacao. The scientific name Theobroma was given by Karl Linnaeus and means "food of the Gods". The species epithet cacao comes from the Aztec kakahuatl. Indians considered cocoa as sacred drink which was drunk during initiations, marriages, funerals and other ceremonies. The Indians did not brew cocoa, the holy drink with the addition of spices was cold. Kakahuatl was considered a privilege of the elite. Among the Aztecs cocoa beans were also used for monetary calculation.

The birthplace of cocoa is tropical forests of Central and South America. But these days the plant is cultivated in the tropics of both hemispheres to obtain seeds – the source of chocolate.

The cocoa trees do not tolerate direct sunlight, so they are grown on plantations along with other crops – banana palms, avocados, rubber, mango and other trees. An interesting feature of the plant is that the fruits grow not on branches, but directly on the tree trunk. Ripening, yellow-green or red, depending on the variety, fruits reach 30 cm in length and weight up to 500 grams. Fruit pulp contains up to 50 cocoa beans. Each tree produces only a few dozen fruits a year.

The collected fruits are cut with machetes into several pieces and laid out on banana leaves or in barrels. The process of fermentation begins. During the 10-day fermentation beans lose some bitterness, and the characteristic taste, color and aroma of cocoa are formed. Then the beans are dried under the sun or in ovens. Traditional drying ovens leave a light smoke flavor, so these beans are not suitable for chocolate production. Dried beans are packed in bags and sent to the chocolate producing countries of Europe and North America.

Nowadays, there are four major types of cocoa: criollo, trinitario, nacional and forastero. Each type has many varieties

The Criollo tree originates in Mexico and Central America and gives very high quality cacao beans and is mainly cultivated in South and Central America. The yield is fairly low. A number of varieties of Criollo are cultivated; in Venezuela well-known varieties are "Chuao", "Porcelana", "Puerto Cabello" and "Carupano". Criollo beans are often mixed with other varieties of cacao when making chocolate.

Forastero accounts for, according to different estimates, 85-90% of the cocoa market. This variety is distinguished by high yield and resistance to unfavorable environmental factors.

Trinitario is a hybrid between the Criollo and Forastero trees and originated in Trinidad. Around 1678, Criollo trees from Venezuela had been planted in Trinidad, and in the following decades they went on to produce some of the finest Criollo of the time. Then, in 1727, disaster struck. The exact reasons are still unknown and theories vary from fungi and disease to speculation whether the increasingly mature trees imported decades earlier were becoming more and more sensitive to Trinidad's soil and climate, for which they may have not been suited. In any case, the crop failure of 1727 delivered a fatal blow to Trinidad's cocoa economy, which was revived in 1756 with the introduction of the more robust Forastero from the Amazon region. The new variety was combined with the remaining Criollo trees, resulting in the new Trinitario variety. In the 19th century Trinitario trees spread across the globe and can be found in Venezuela, Ecuador, Cameroon, Samoa, Sri Lanka, Java and Papua New Guinea. Trinitario is the predominant fine flavour cocoa and is the most likely bean to be found in high-quality dark chocolate today. A particular mention should go to the Venezuelan Carenero and Rio Caribe varieties, which are very highly regarded. An exception is the Trinitario from Cameroon which is generally classified as bulk produce. The Nacional is mostly cultivated in South America west of the Andes. It is prone to disease and difficult to grow, but has an excellent aroma.

To begin with, сocoa beans should be washed and soaked in water for 15 minutes, to facilitate peeling. There is no need to peel the cocoa shell from the cocoa beans, it's a matter of taste, but it is necessary to wash the beans. Each bean consists of several segments, so it is easily crumbled without the skin.

Cocoa beans can simply be eaten as nuts (but not more than 50 per day). One bean is enough for about an hour of cheerfulness and good mood even after a lack of sleep. It dulls the feeling of hunger, acts easily and imperceptibly.

Cocoa beans can be grinded and boiled (with water or milk). The resulting beverage is be very satisfying, thanks to the presence of cocoa butter, but not so useful: boiling disintegrates some of compounds.

To get the maximum of useful substances, add ground cocoa in cold milk and whisk in a blender with a banana, pear or other fruits, sweetening with honey or cane sugar.

Finally, you can add ground cocoa to mixes based on crushed dried fruits with nuts. You can experiment with a variety of ingredients: dates, dried apricots, prunes, raisins, almonds, walnuts, hazelnut, honey, all kinds of jams and jams. Or you can simply dipped fresh fruit in cocoa powder and eat, diversifying the palette of your taste.

Show full text
Share with your friends
Total: 2
View as:
sort by:
price descending
sort by: 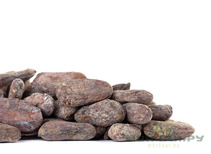 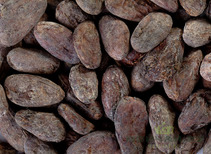 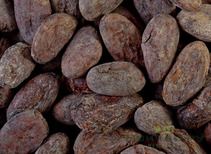 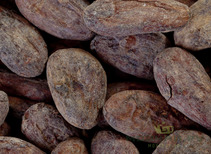 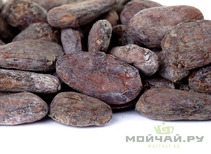 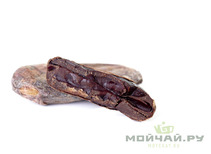 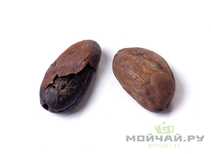