At first tea was exported to the Japanese islands from , but since the XII century the tea has been grown and produced in , according to the technology that was spread in during the Song Dynasty. The tea was steamed, then rubbed into a paste and baked into briquettes. The tea was brewed in a special way. First it was ground into fine powder, matcha, then mixed with hot boiled water, whipped to a froth. The resulting suspension is the tea drink. This way of tea serving survives till today in the classic Japanese tea ceremony. You can buy Japanese green tea matcha in our shop. This is a tea from the oldest tea regions, such as at the foot of and Uji plantations in the southern part of .

The loose tea, sencha, has started to be produced and brewed in the XVII century. Today it is the most popular Japanese tea that takes 80% in total tea production in . You can buy Japanese sencha tea in our shop that was grown on plantations of , , Mie, , , Saga, , and Aichi. Shortly before the picking the tea bushes are shaded to reduce tannin content. Finally tea has a mild, sweet flavor without any bitterness. The plucked buds and leaves are steamed, then rolled and dried. The most high-grade handmade Japanese tea of sencha type is called gyokuro.

In addition to these classic varieties you can buy in our shop Japanese tea hojicha, which appeared in the early twentieth century, under the influence of mainland technology. The plucked buds and leaves are steamed and rolled and then dried without fermentation, roasted  in a porcelain trays over charcoal.

Japanese tea genmaicha is sencha of late harvest, mixed with roasted brown rice grains of two types, sticky mochigome and crumbly uruchigome. The rice breaks during roasting and takes the form of beads.

Japanese tea bancha is made as well as sencha, but the leaves are with stems. This is the usual budget tea with a simple, strong taste.

Show full text
Share with your friends
Total: 1
View as:
sort by:
novelty
sort by: 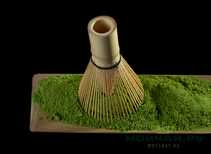 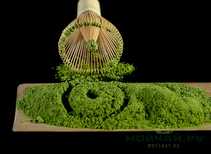 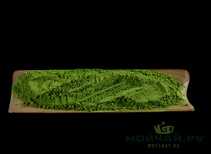 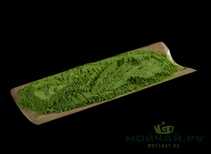 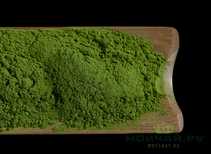 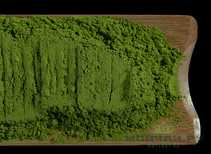