Added to cart:
pcs.
$
Continue shopping
Make order
Total 0 items
, 0.00 $
You need to register
To evaluate the usefulness of products and reviews, add items to your collection of Favorites - please, sign up or sign in

Aged Oriental Beauty doesn’t come up too much; one doesn’t typically run across a review or discussion

This tea itself is unique, evident from the dry tea scent alone. The dry leaves are complex in smell, with

warmth along the lines of cocoa standing out, some sweetness probably more like citrus and berry, and

sense to skip ahead past dry tea scent to taste and other brewed aspects for review description, since

flavor doesn’t always match up, but in this case the unusual character was evident from that first

impression. It might also be interesting to compare the tasting review findings to the listing description

(a partial citation): bouquet of flowers, floral, woody, cognac and berry notes. The aroma is deep and calming. The taste

is rich and full-bodied, refined and silky, with delicate berry sourness and lingering finish. 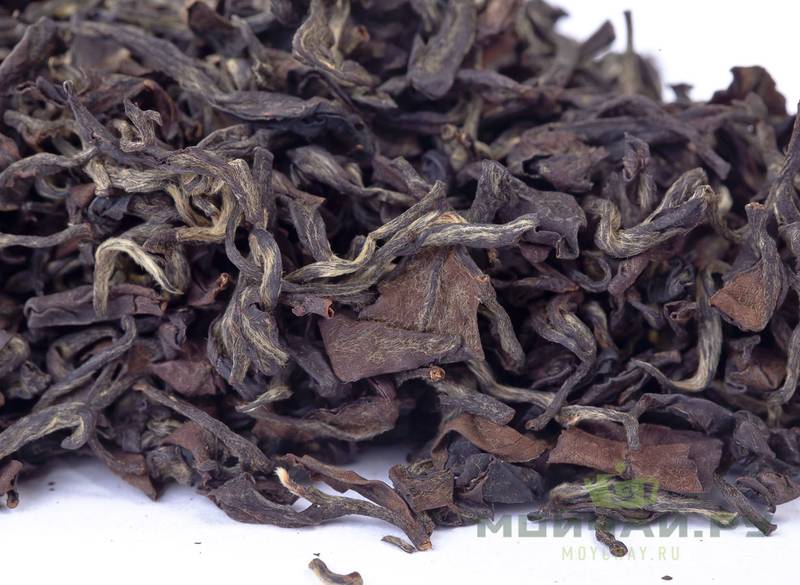 The first infusion is complex and along the lines of the dry leaf scent. Cocoa stands out, and fruit, with a

stronger spice aspect than I was noticing in the leaf smell. It’s close enough to cinnamon, maybe just a

little towards nutmeg from that, a bit more complex. Fruit tones are subtle; a touch of mild citrus, but

peel. It also includes dried berry flavor, with a trace of raisin added to that.

The plum aspect that is typical of aged oolongs in general is an interesting addition to that other range,

which is all standard for Oriental Beauty scope, maybe just a bit warmer and more subtle here than

tends to occur in new versions. Subtle but still intense, in a different sense. It’s interesting when those

two effects pair up, when complexity and range allow tea aspects to not stand forward but still be very

pronounced. Feel is a bit full but still moderate; aftertaste stands out more as an additional aspect range

beyond flavor. The flavor lingers in your mouth after swallowing the tea, especially the plum and spice.

This tea is just opening up too; this first infusion was a bit light, brewed for around 10 seconds to get the

leaves started (after a very fast initial rinse, which I don’t always use, but go by intuition to decide

whether or not to). Flavors should intensify and transitions may be interesting.

They can be very interesting, but brighter notes tend to fade a bit, richness and complexity can increase

a little, and a characteristic plum-like aspect joins a tea. It’s not a lot of change, even for teas aged for a

long time, and for versions not stored ideally they can pick up negative flavor aspects too, mustiness or

It’s common for some more-roasted oolong types to be aged to offset the “char” effect. That’s not just

related to making a mistake, to make an adjustment if a tea is over-roasted; a version that’s a slightly

higher roast and then aged for a year or two can be regarded as optimum. That’s most often related to

Wuyi Yancha; I’ve not heard of this being common practice for roasted Anxi Tie Kuan Yin or roasted

Taiwanese oolongs. Those are typically not roasted to the same level, never picking up “char” in the first

place, except some versions of Chinese TGY can be.

Aged unroasted or lightly roasted oolongs are something else entirely. Long-term transitions change

“they just get plummy.” Kind of, in some cases, but the complexity can go beyond that. And even if so

the novelty aspect remains; the plum-like aspect isn’t common in other teas.

The second infusion is similar: warm, complex, heavy on spice (with cinnamon with a trace of nutmeg

mostly replacing the cocoa), with subtle but complex dried-fruit range, and plum. The thickness of the

feel of the tea is pleasant, just not pronounced as Taiwanese oolongs go; light high-mountain rolled

versions might tend to be thicker than Oriental Beauty. There is no dryness or structure to it as some

more-oxidized oolong versions can include, being close to black teas in character, in a sense.

Aftertaste is more pronounced; the flavors really do linger after swallowing the tea. Level of sweetness

is nice, and richness of flavor range, and overall balance. Novelty stands out related to this being an

unusual version of Oriental Beauty, as much as the aspects and overall effect being positive (as they

are). The aged-oolong effect reminds me of aged lighter rolled oolongs I’ve tried but it’s not typical to

experience that along with Oriental Beauty character (Dong Fang Mei Ren, or Bai Hao; the type has a 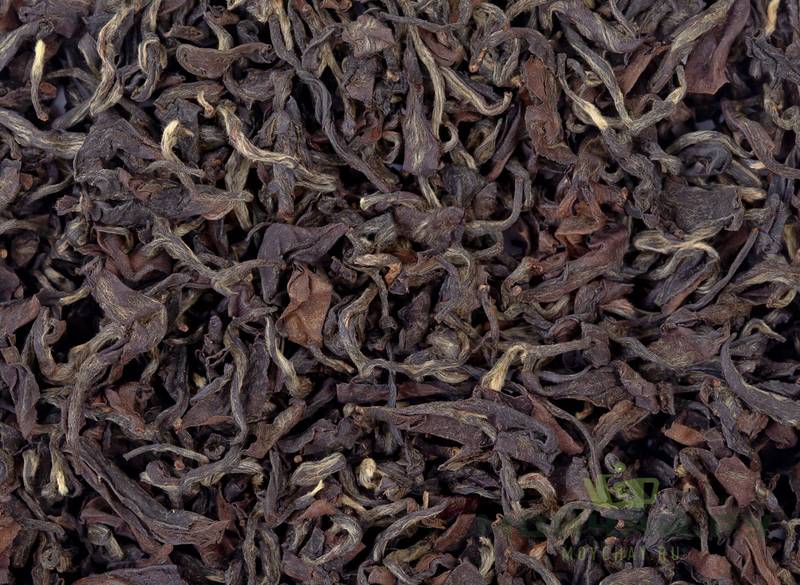 The third infusion hasn’t transitioned much. A warm version of mineral seems to be ramping up. Fruit

tones might be shifting to even warmer, but then they had been in a warm range. The version of

cinnamon is earthier, transitioned from a mix of the common cooking cinnamon with a touch of nutmeg

onto how Rou Gui (Wuyi Yancha oolong) cinnamon aspect comes across, which I’ve heard is similar to a

type of cinnamon common in Vietnam. There is really one true cinnamon plant type but a second is also

sold as that, as referenced in a related Wikipedia article:

them produce. All are members of the genus Cinnamomum in the family Lauraceae.[1] Only a few

considered to be "true cinnamon", but most cinnamon in international commerce is derived from

can’t be sure that source was right, since I’m not familiar with that type of cinnamon version myself):

The fourth infusion is relatively close to how the third one was. The spice aspect is gaining warmth

further into Rou Gui / Vietnamese cinnamon range (at least per my interpretation), now moving into

being joined by a dark tropical wood tone. Rich dried fruit flavor and plum joins that, and it all still

balances well. The fruit aspect is a supporting element for the spice at this point (that cinnamon), but it

still covers a complex range: dried berry, warm citrus, raisin, linking up with plum, which seems to be

tied to light prune flavor as well (dried plum). It comes across a little like a potpourri spice blend (sweet,

warm and aromatic spices used for adding a scent to the air), too complex to pick out any individual

The fifth infusion is again similar. It seems the tea will taper off, changing slightly round to round,

sticking to a similar character for at least the next few.

Related to judging aspects and quality tied to markers for positive oolongs (specifically to this type, to

slightly from the original character, or maybe it’s just different in range), and transitions across infusions

add depth to the experience.

It’s most exceptional for the aging effect though, related to that novelty. Demand for aged oolongs

increased some years ago (around six years back, as I recall), and it’s not as if there ever was a lot of

those, since per my understanding they were only regarded as desirable relatively recently.

Related to tea flavor complexity and feel, and other general character aspects, this tea shouldn’t

command as high a price as it’s listed at. That’s surely related to supply and demand being in a different

place related to what it is. Not much actually exists on the market (especially for Oriental Beauty / Dong

Fang Mei Ren), and it can’t be reproduced, at least without waiting another decade. Some aged oolong

versions that are available weren’t stored properly, lending them negative character aspects (which to

be clear I’ve only experienced in rolled Taiwanese oolong, since I’ve not tried an aged Oriental Beauty

A citation from one of the most popular Western tea blogs, Tea DB, ventures into further support of

these points, starting with detail on the only two aged oolongs described in that post that are Oriental

…This is more interesting and different than it is good.

Dank, chalky, and creamy. It’s smooth and a medium-light body. Fairly thin and lacks any sort of

Sour. Honeyish. Leaves a relatively thinnish aftertaste. I also have doubts about the age as it doesn’t

…Sorry guys. I can’t really wholeheartedly recommend any of the available teas from this report. The

western landscape is barren, even more so than matured pu’erh…

And that was three years ago; the available-for-purchase options must have decreased since then.

This tea was interesting to try. It was pleasant for me that good tea quality and a considerable degree of

character novelty matched up with the expectation of the tea being unique. 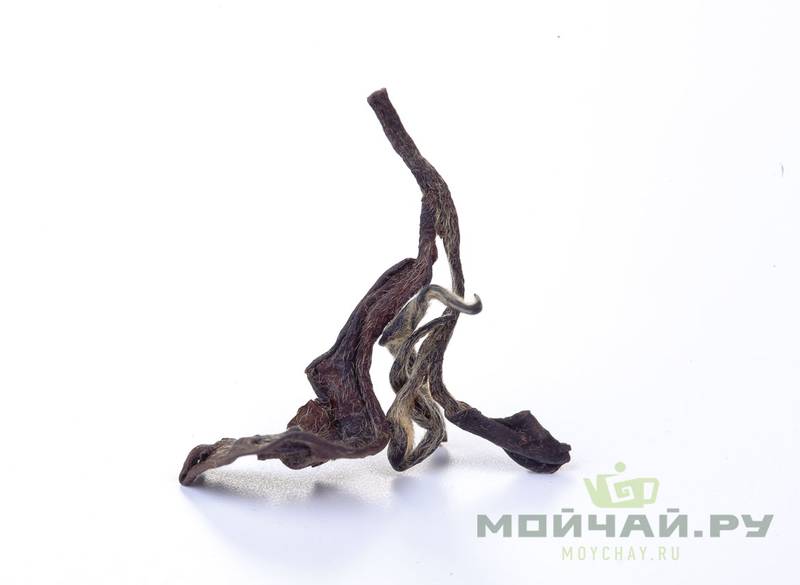